Edit
This article is still a work in progress

This article is slowly being improved for the benefit of all visitors. Please bear with us while improvements are being made. We apologise for the inconvenience this may cause in the meantime.
(What's Being worked on: Info on the company, rewording (the current text is copy-pasted from the official site))

“
星尘四散之时，生命奇迹伊始
When the Stardust Scatter,
the Miracle of Life Starts.
”
—MEDIUM⁵ 2050 Game

MEDIUM⁵ (五维介质, stylized MEDIUM5 and Medium5) is the brand, music label and title name for VOCALOID, Synthesizer V, and Synthesizer V Studio vocals created and distributed by the company Beijing Photek S&T Development Co., Ltd.. Currently there are five main vocalists released under this title: Xingchen, Chiyu, Shian, Cangqiong and Haiyi as well as two supporting vocalists: Muxin and Minus.

Beijing Photek S&T Development Co., Ltd. CEO Ddickky noted in 2017 that people seemed to think that Xingchen was easy to manage because she was the company’s only VOCALOID. He mentioned that he wanted to try to "have five to take care of" to see how challenging it was to manage more characters and asked fans to "stay tuned". This seemingly hinted that there may be additional characters aside from Xingchen in the future.[2] Later that month, it was mentioned that because Beijing Photek wanted to save money to produce content, some big news would be announced at Quadimension Live Tour rather than at a separate conference. This included new merchandise, new official art, and if there was time, new games or voicebanks. It was not specified if these voicebanks were for Xingchen or for any new characters.

On January 5, 2018, a new female character was hinted and introduced as "Xingchen's younger sister",[3] and would eventually be unveiled to be Haiyi.

The first usage of the label "MEDIUM⁵" (五维介质) appeared in 2018 at the time of Cangqiong's debut.[4] From then on, any content featuring Xingchen or any of the other Beijing Photek S&T Development Co., Ltd. characters would use the MEDIUM⁵ label. This would include demonstrations for other characters & vocals, albums, merchandise including figurines and other forms of media.[5]

Various albums and merchandise have been released under the MEDIUM⁵ brand for the five singers. A game featuring the main cast is also in production known as MEDIUM⁵ 2050 (五维介质2050). 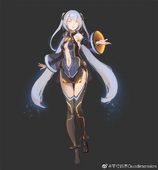 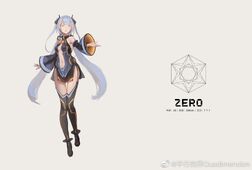 ZERO, formerly known as Quadimensionko and Xingchen ZERO (星尘ZERO), is the patron saint of the planet according to the MEDIUM⁵ 2050 game storyline and originator of Xingchen, Haiyi, Cangqiong, Chiyu and Shian. She is the holder of the Metatron's Cube.[6] ZERO is 16 years old and she is 160cm tall. Her birthday is listed as unknown.

In 2015, Beijing Photek S&T Development Co., Ltd. commissioned illustrator November to design a mascot for the Quadimension circle. Because of the name of the association being “Quadimension” and the team having a fondness for sci-fi themes, several requirements and explanations of the character’s concept were discussed including:

After some time, the design was completed. It was stated that November watched the two album PVs and was more interested about the cubes that were flying inside the videos, so he looked into background information based on this element and pitched the ideas of the Metatron’s Cube and the starfruit. The design and initial concept was decided after hearing this. This would eventually lead to the creation of “Quadimensionko”.[7]

Around the time of VOCALOID production, Quadimension submitted this version of November’s design in hopes of using the concept as a box illustration, however the style and image were not approved, and was modified again, that then would become what now looks like Xingchen.[8] It was stated that the team was uncomfortable with the new design, because the reason for the initial design not being used was not that it was not good enough. The director began thinking "There will be a day when we become stronger and have more autonomy."

Later the team discovered that Xingchen has "occupied" this position as mascot, and there could only be one Xingchen. The team questioned if this design is another version of Xingchen’s "ZERO Form" design, or a scrapped concept. Quadimension noted they could not treat these two roles as one person however it could not be another unrelated character completely because it has a strong connection with Xingchen.

After another period of time, and a period of struggling how to handle this concept, MEDIUM⁵ came out. It was stated that she and Stardust are both one person and not one person, somewhere in between, representing the past and the present. The difference is the other sisters, and it also solves the problem of having five geometric bodies and elements.

From 2015 to present, ZERO has not been officially released, however Quadimension has not stopped improving her as a character. In addition to the few designs that have been released, it was reported that there are more modifications and adjustments during the design process. After four years, she was given the name ZERO, which means origin.[9]

According to the synopsis of the upcoming MEDIUM⁵ 2050 game, the patron saint ZERO fought to the death and managed to defeat a powerful enemy, however, as a result of the catastrophe, the planet has been devastated and became no longer suitable for survival. The seriously injured ZERO decided to split into "Genesis Crystals" to restore the planet's ecology.[10]

According to the main storyline of the MEDIUM⁵ 2050 game, "Resonancers" (共鸣体) are living beings containing Genesis Atoms that can output energy through a "Resonance Effect" (共鸣作用) between the Genesis Atoms and themselves. Resonancers are known to devour the weak and the strong in the wild in order to obtain more Genesis Atoms, especially under the influence of the "Aether Barrier" . They are known to be violent, very aggressive, and often invade the territories of various races and as such, have long become a dangerous existence for various civilizations. According to background information they are the "existence of fear."[11][12] 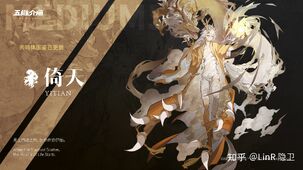 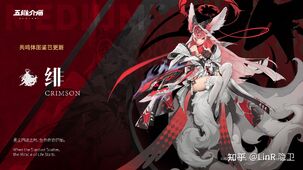 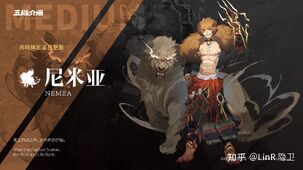 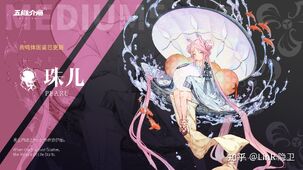 STHENO (丝莉娜) is a Resonancer from the MEDIUM⁵ 2050 game, dedicated from the sea and noted to be inextricably linked with Haiyi.[19] 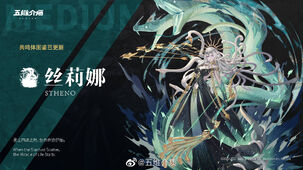