Edit
This article is still a work in progress

This article is slowly being improved for the benefit of all visitors. Please bear with us while improvements are being made. We apologise for the inconvenience this may cause in the meantime.
(What's Being worked on: Templates, info on the engine.)

Web Synthesizer V, is an internet browser-integrated vocal synthesis engine developed by Dreamtonics. It was released initially December 31, 2019 with one vocal JA-F2.

In collaboration with AH-Software Co. Ltd., Dreamtonics released an updated version of the engine now including two vocals Kotonoha Akane & Aoi and Saki on July 22, 2020.[1][2]

Kanru Hua revealed that this version of Synthesizer V is a branch off of the SVR2 development which later became known as Synthesizer V Studio.[4]

This version of Synthesizer V uses a minimized voice database version of JA-F2 that is optimized for current trends in the audio production industry. [5]

On July 22, 2020 an update for Web Synthesizer V released from Dreamtonics in collaboration with AH-Software Co. Ltd. including two vocals Kotonoha Akane & Aoi and Saki. This version supports Google Chrome Version 77 or above as well as Microsoft Edge browsers on Windows and Mac systems. [6][7]

No system requirements were listed for this product, however a computer must be connected to the internet with a supported browser in order to use Web Synthesizer V. Currently only Google Chrome (version 77 and up) and the nightly version of Firefox are fully supported,[8] in addition to Microsoft Edge's Chromium-based versions (79 and up). 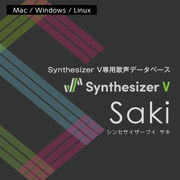 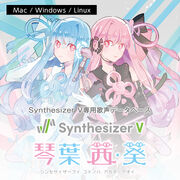 Going through the website's assets, the name for JA-F2 revealed to be Masaki. This was later changed to Saki for the Synthesizer V Studio release.

A demo version of JA-F2 can be heard singing 赤とんぼ (Red Dragonfly) by default in the Web Synthesizer V editor.